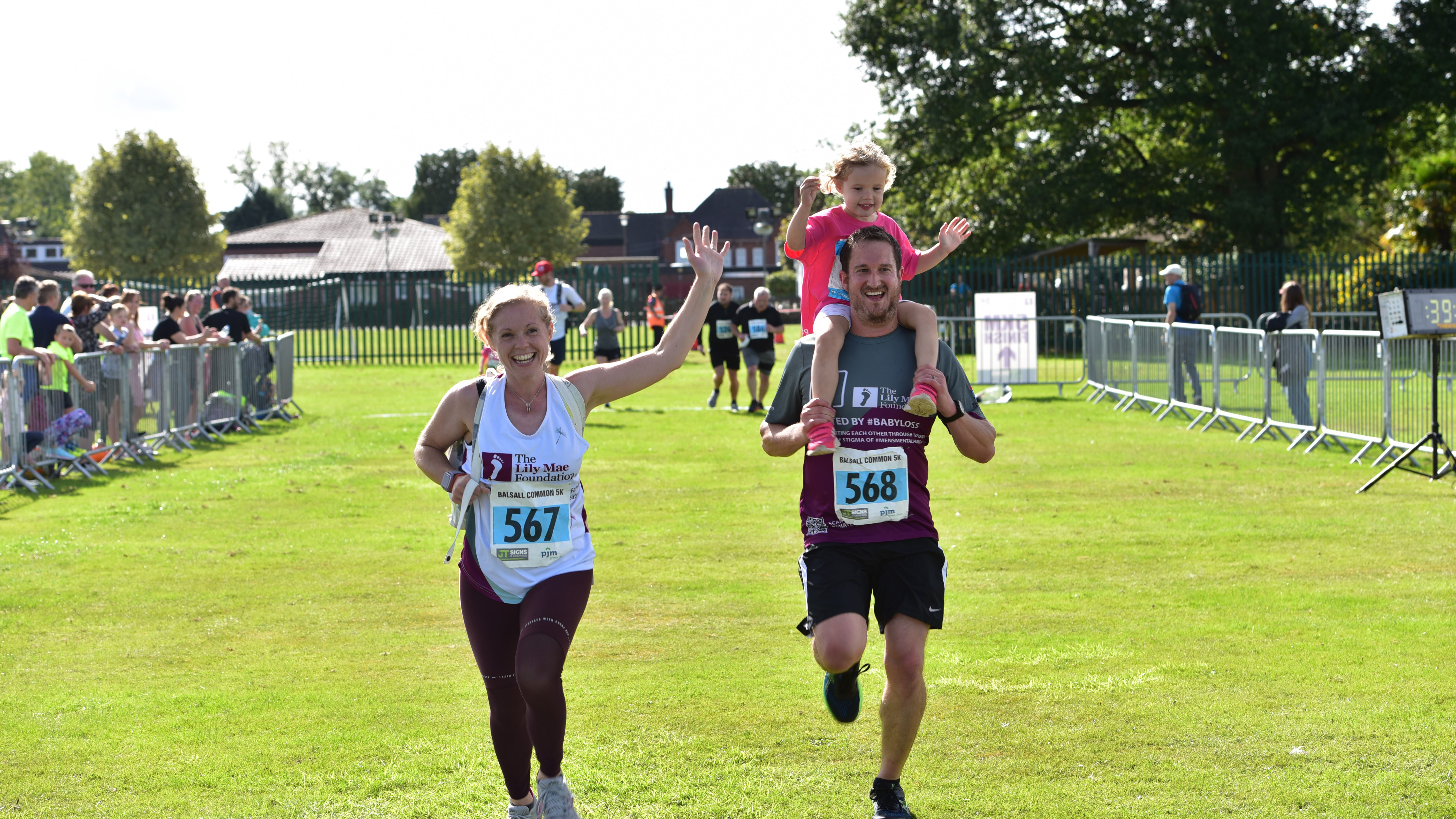 THE RAIN held off and the sun was shining for all those taking part in this year’s Balsall Common Fun Run.

Serious runners, fun runners, mini runners and fancy dress runners all converged on Heart of England School for the annual charity fund-raiser organised by The Lily Mae Foundation, the first since 2019 due to the cancellation of the Fun Run in 2020 because of the Coronavirus Pandemic.

Now in its eighth year, the run saw just over 500 runners completing either the mini runs, 5km or 10km course around the village in honour of those families who had lost a baby to stillbirth or neonatal death, which the charity supports.

Such families were among those taking part, in memory of their babies.

The Fun Run on Sunday (September 19) is held as a thank you from The Lily Mae Foundation to the community which supports the work it carries out for bereaved parents and their families. It is also an opportunity for bereaved parents, their families and friends to run in memory of their babies and raise vital funds for the Charity to continue with the vital services that it offers.

Amy and Ryan Jackson set up the charity after their daughter, Lily Mae, was born sleeping in 2010.

In her memory the couple hand out memory boxes to hospitals to grieving families and run support workshops in the months following.

Amy and Ryan said: “Following on from the success of the fun run prior to the pandemic we were determined to get the event on in 2021. Even though the Warwickshire Road Race League was postponed this year we were delighted with the amount of runners who took part. The amount of hard work in the organisation and planning by Geoff Heaps (Chair to the Trustees) and the volunteers we have, is hugely appreciated to allow us to run such a successful community event. Without their help and support we would not be able to hold such events."

“The event really does pull the community together. The Balsall Common Fun Run is growing in stature and is now regularly attracting more than 700 runners and walkers every year.

“With our slogan ‘Walk, Jog, Run, Race’, 2021 was a year to remember with so many runners enjoying the event."

“The feedback that we have received from the runners, marshals and spectators, who lined the route or watched at the start and finish line at the Heart of England School, has been exceptionally positive.

“We have already been asked for the date for next year’s run. Without the support of the event’s sponsors it would not be possible to hold such a large-scale event”.

The official results can be found at Official Results

Official Event Photos can be viewed at the following: